It's been quite some time since I've posted, but I got into my account and now it's time to post a good ol' TR!

My wife and I usually hit a park on or around my birthday, and my wife is the ultimate good luck charm when it comes to amusement parks. We last went to Hershey in 2015, and had an incredible time. With Candymonium being built and it being my favorite type of coaster (B&M Hyper) it was time for a visit. Plus, we live rather close, with the trip being about 1.4 hours away.

We got there a smidge late, had mobile tickets, parking was $25, and before we knew it we were in the park and admiring the completely redone entrance to the park.

Candymonium - to my knowledge, is the only coaster with a visible wait time display outside the line. We just got in the park and it was an hour wait. We figured, we had all day, so let's get into the rest of the park and come back. We'd come to regret this a little bit later, but I'll get to that.

We went over to Skyrush, which we have ridden before - and YES, it lives up to everything you've heard. It's intense, it's over in a blink, and it hurts! Right now - is the best time to ride Thighcrush, I mean Skyrush. Operations the day we went, were smooth as butter. We got on our first ride with NO wait, but I think it was bc it was 11:30-11:45, Candymonium demands early park goers attention, and the water park was open.

We rode Skyrush a total of 3 times, and 2 out of 3 rides were amazing, the third was the most painful. I'm 6'5", I have long skinny legs - so my femurs literally feel like they're in trouble of snapping with those dumb restraints. I did find a nice trick though, pushing up with my thighs, while sitting in the middle seats - where I can push off the ground of the train - makes the ride MUCH more enjoyable. The end seats are more fun, but at what cost?! lol

This ride might be my wife's number 1 coaster if it weren't for it destroying your legs. I will say this though - they release the restraints a few seconds after you come to a stop before the station - and besides changing those restraints completely, that was the best move they could have made.

We never got on it's neighbor Comet - however we've ridden that little guy many times in the past. We also never got on Fahrenheit because the wait was just too long. Again, we've ridden it before and really enjoy the ride, but it was probably 45 min wait all day.

Overall not a bad day for a short operation day. Most if not all rides had all trains running. We did spend a lot of time in the arcade - but Hershey has a fantastic arcade. Plus an older arcade worker gave me some free plays on a pinball machine and well, I couldn't pass it up!

Candymonium did not disappoint. It felt like a better version of Intimidator at Carowinds, but faster. Two odd things about the coaster though. 1. The line queue, is horrible. You have no idea how long it is because it goes around a corner and up a stairwell, they poured all this money into the front of the park, and this ride, but the queue is uninspired and ugly. Really makes you scratch your head. Number 2. This is the first B&M Hyper that I've ever seen have seatbelts. I'm not sure if this is now standard on newer B&M hypers, but that's a thing on this ride. I was kind of shocked, but at the end of the day, if it's a requirment - then so be it. I'm about being safe and enjoying my rides. A younger me would have whined about this, but the more adult me just wanted to fly through the sky and you know, come back to the station in one piece.

Lady Gaga was playing at the stadium (ampitheater?) directly connected to the parking lot, so the volume of people was quite high for the day, and even more so at night - however we did basically everything we wanted - besides ride Candymonium more than once. I think with the concert, the shortened operations on a Sunday, and the coaster being so close to the front, we just weren't destined to get a lot of rides on it.

Overall, I love Hershey park SO much. It has decent operations, they invest in the park, and I really love their lineup.

OH! I almost forgot. Wildcast - just closed for good the week before we were there! I was so bummed, it was an insanely bumpy coaster, but it had charm. I have on ride photos from that ride - so I'm happy I've ridden it a bunch of times in the past. The rumors are that it's getting the RMC treatment - and guess what? The exit stairs were already dismantled, and there were two CAT tractors(?) behind a fence - which I'm assuming did that work just a week or so before. RMC has hinted that they have a new track design - that can basically just replace the current track, and leave everything else in place. I really feel like Hershey might take advantage of that. A SMOOTH Wildcat ride, would be awesome!

Alright, I feel like this is quite long, so I'll stop here. If you're ever thinking of going to Hershey Park - go. Their park is well kept, has nice food offerings, two great arcades (old games too!), and unique rides.

IMO Candymonium is now the best ride in the park, but Storm Runner, Skyrush, and Lightning Racer are all incredible rides. Fahrenheit, Great Bear, Super Duper Lopper, Comet, are also all fun and must rides. It really is a great park.

Posting some images below - hopefully the links work. Good to be back and I'll post some more TR's hopefully before the season ends! 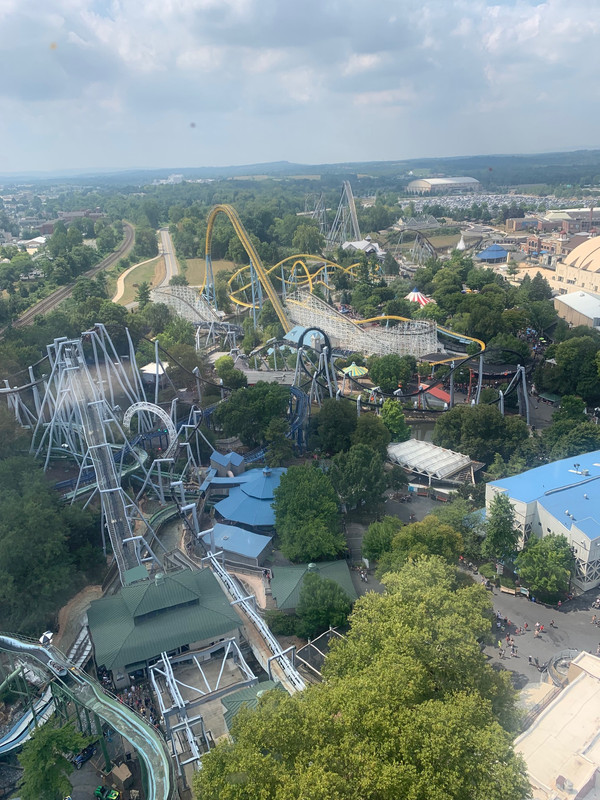 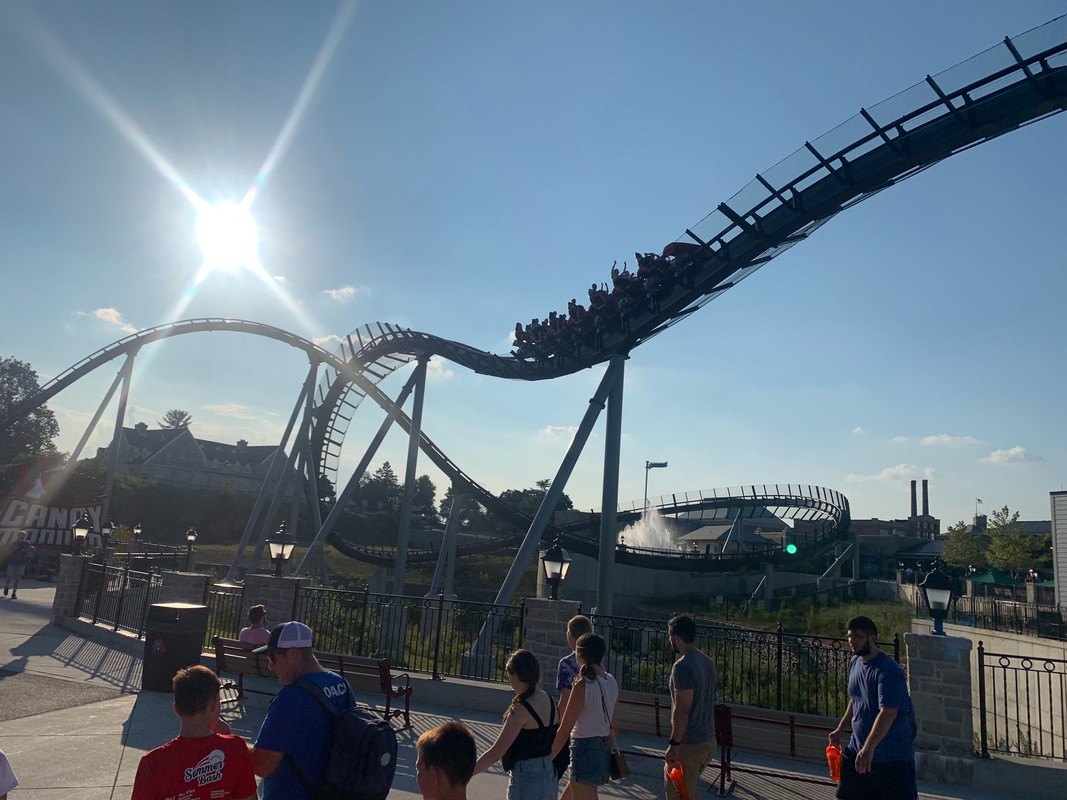 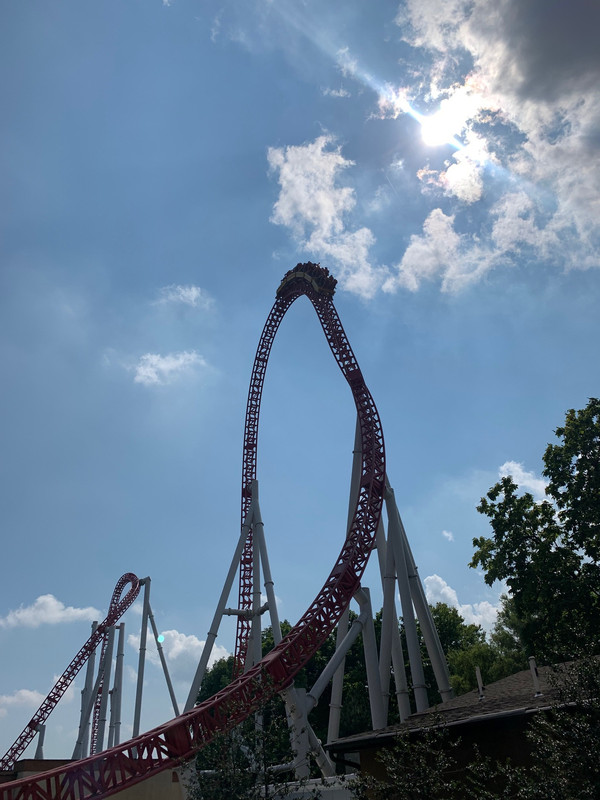 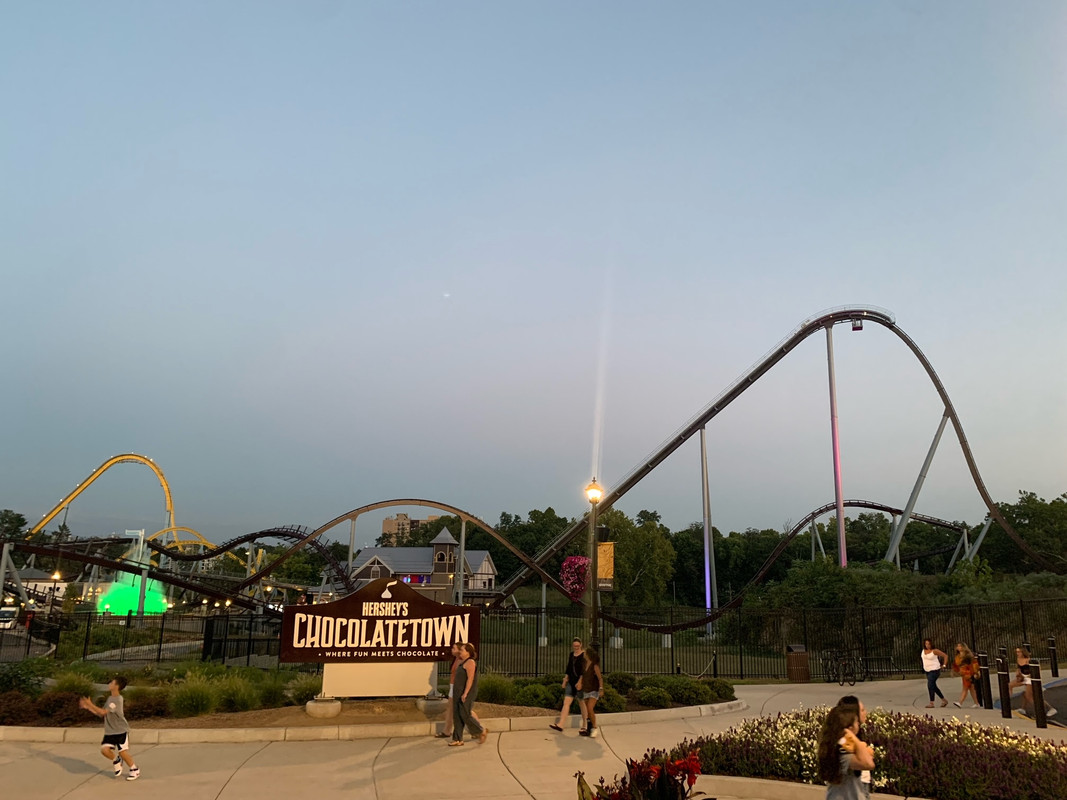 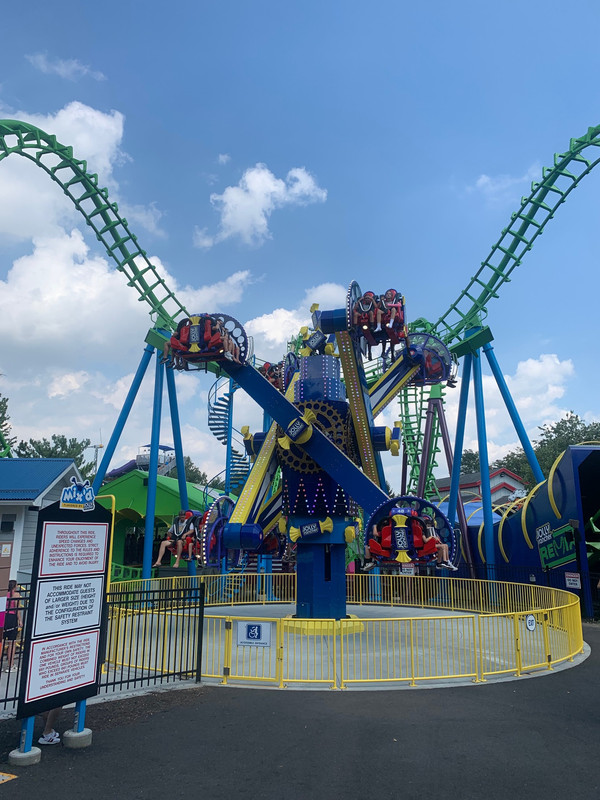